In our blog, we are posting interesting information and knowledgable facts about our products in irregular intervals. 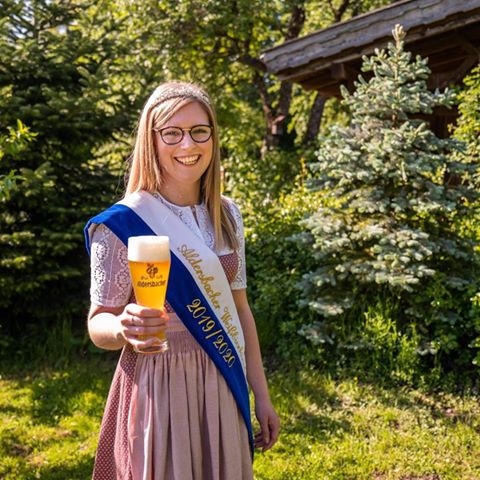 owadays, the broad ligaments running from the shoulder to the hip are probably most frequently seen in beauty competitions. Depending on the occasion, the sashes can be made of firm, glossy paper on which the occasion of the tribute is printed, or they can be high-quality velvet or silk products with fine embroidery. 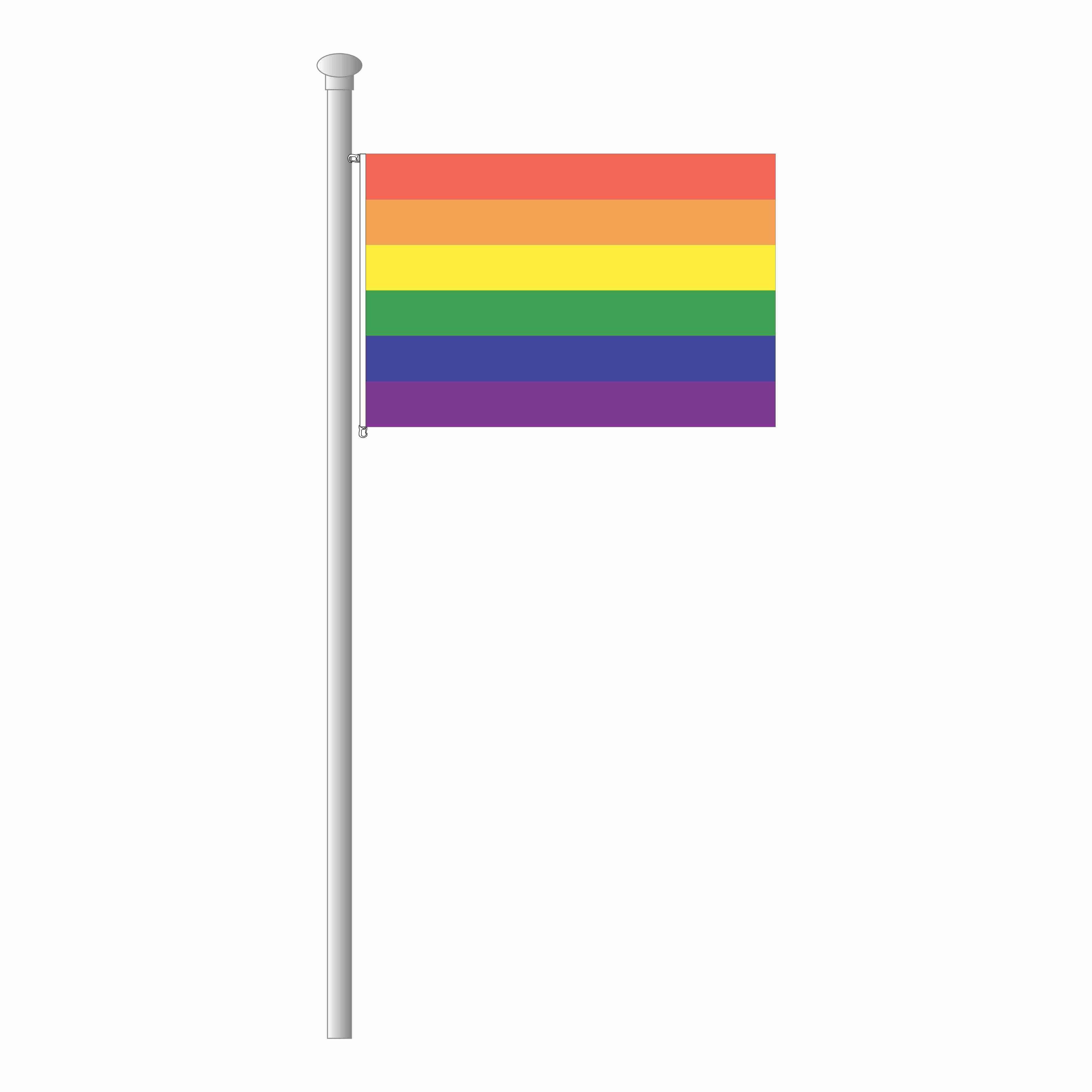 The symbolism of the rainbow flag

Isaak Newton found out through simple experiments with a prism that white light can be broken down into seven colours. Physically, the rainbow therefore is only a consequence of the dispersion of light by refraction. The white sunlight meets drops of water that, like a prism, divide it into the spectral colors red, orange, yellow, green, light blue/cyan, blue, and violet.

Setting up a Maypole - a dying tradition?

Much research has been done on the customs and origins of the maypole. So far, however, no historian has been able to determine the exact origins. In large cities where written evidence would be more common, the custom was hardly carried out, and in the more rural villages, there were no historians interested in records of festival customs. 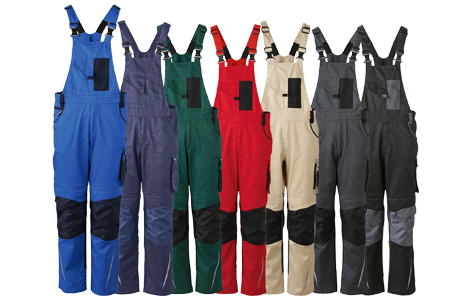 Whether you wear them as dungarees or long-sleeved overall - everyone knows the robust blue workwear called "Blaumann" (blue man) in German. The blue color appears in "blue collar men" as well in English speaking countries. Installers, car mechanics, factory workers or fitters have worn the blue apparel for centuries. It is now available in other colours and has far more functionality than it did two decades ago. 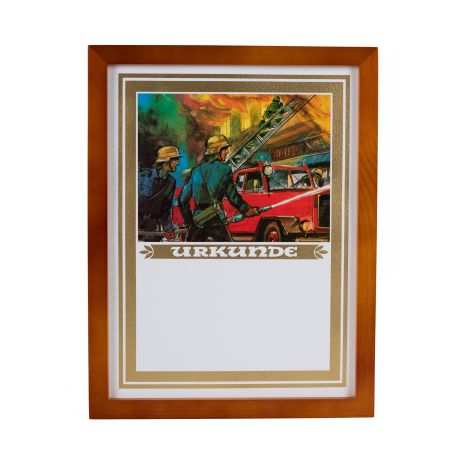 Tributes in your club

The sense of honoring in a club is, first and foremost, to say thank you and acknowledge and appreciate the commitment of the person who is being revered. Distinctions are an important means to ideologically honor the achievements of honorary officials and members, but also the sponsors or patrons, no matter what kind of awards are granted. 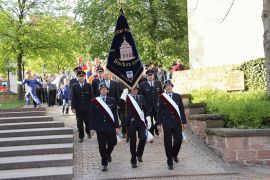 Service clothing of firemen and women in Bavaria

It is up to the service leader, commander, mission chief, group leader, or chairman which kind of clothing has to be worn. The service suit is only put on for parades, mourning services, during instructions or assembly, but not during missions or while training or exercising.

We know e-commerce and e-mail, but what is eSwatini? If King Mswati's III will is being followed, this is going to be the new name of his kingdom. And as the last absolutistic monarch in Africa, he does not have to wait for his parliament's approval. 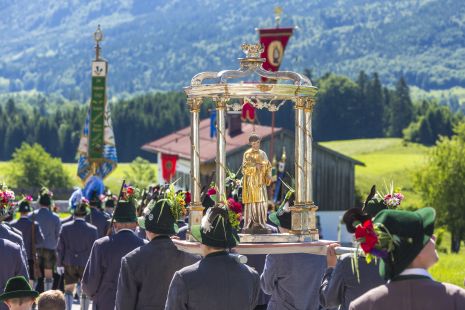 Corpus Christi Day, which is celebrated on the 60th day after Easter Sunday, always falls on a Thursday (at the earliest on the 21st of May, at the latest on the 24th of June). However, it is an official holiday only in six of the 16 German states and in individual communities of Thuringia and Saxony. 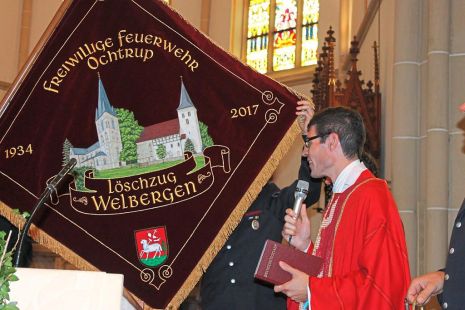 New flags are normally introduced to the public during a flag consecration. This is a festive day, with a church mass or a ceremonial act, and as a rule, with a following celebration with decoration and music and many guests and partner clubs that pay their share to a successful event.
read more >
Fahnen Kössinger, February 2018 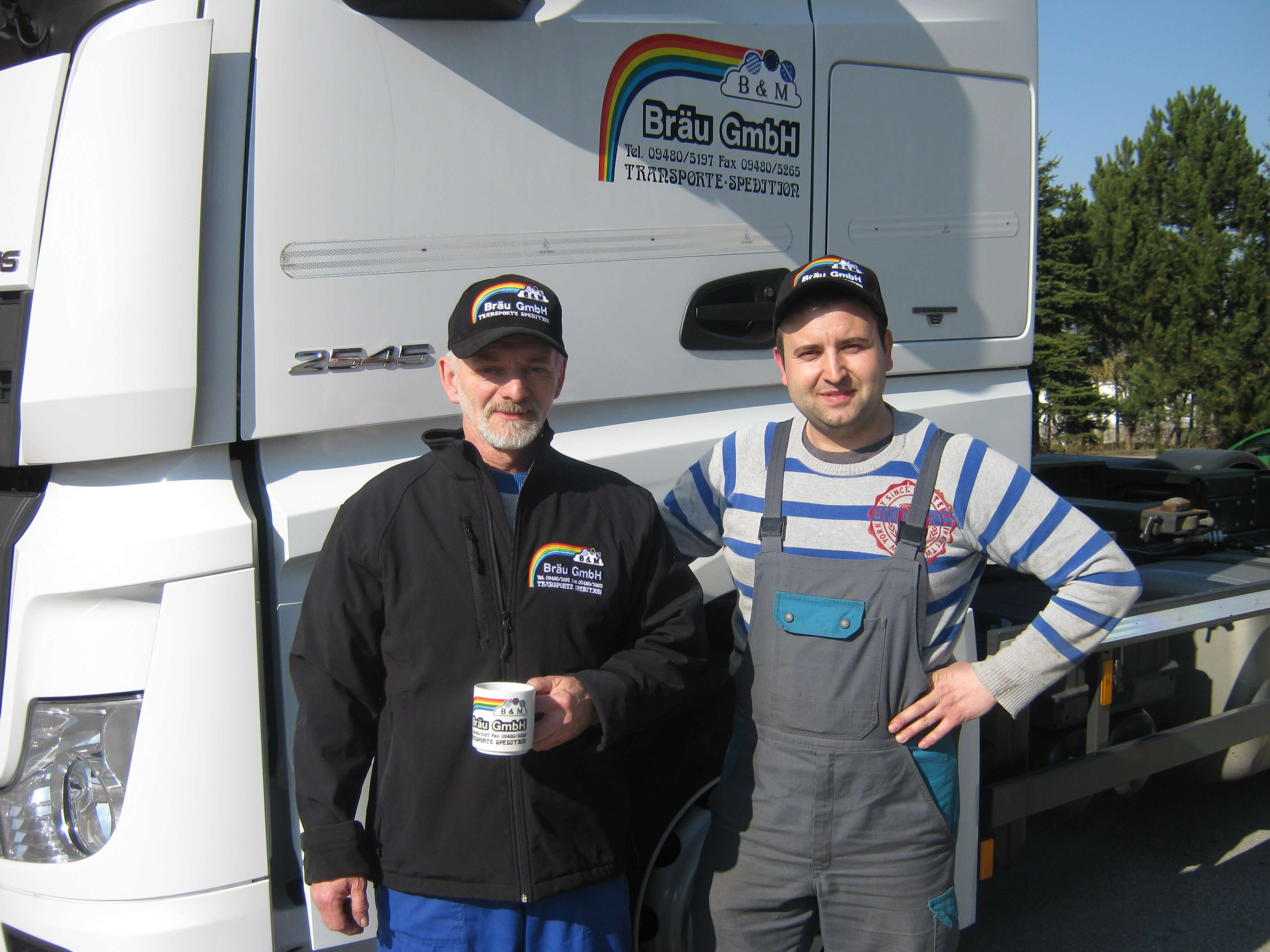 Talking about corporate design, one might think it is all about designing letterheads, newsletters and catalogs. The once defined colors have to be as correct as the distances between the logos and the border, the font used and the division of columns, banners and paragraphs throughout the advertising material.
read more >
Fahnen Kössinger, November 21, 2017 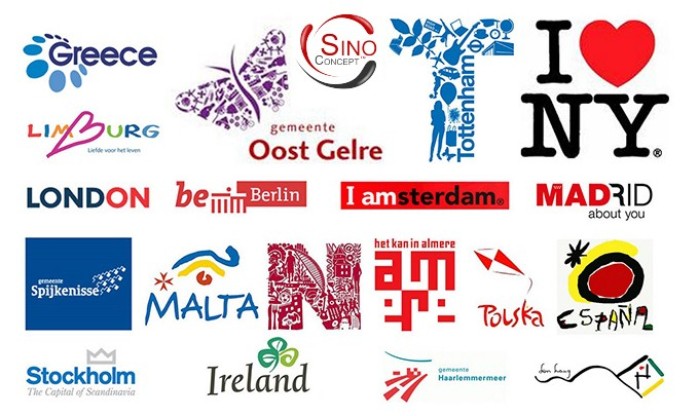 What is "city branding" actually?

The term "city" or "place branding" describes the process to develop a place into a brand so that visitors are attracted and the inhabitants are able to identify themselves with their municipality, like to work and live there.
read more >
Fahnen Kössinger, August 16, 2017 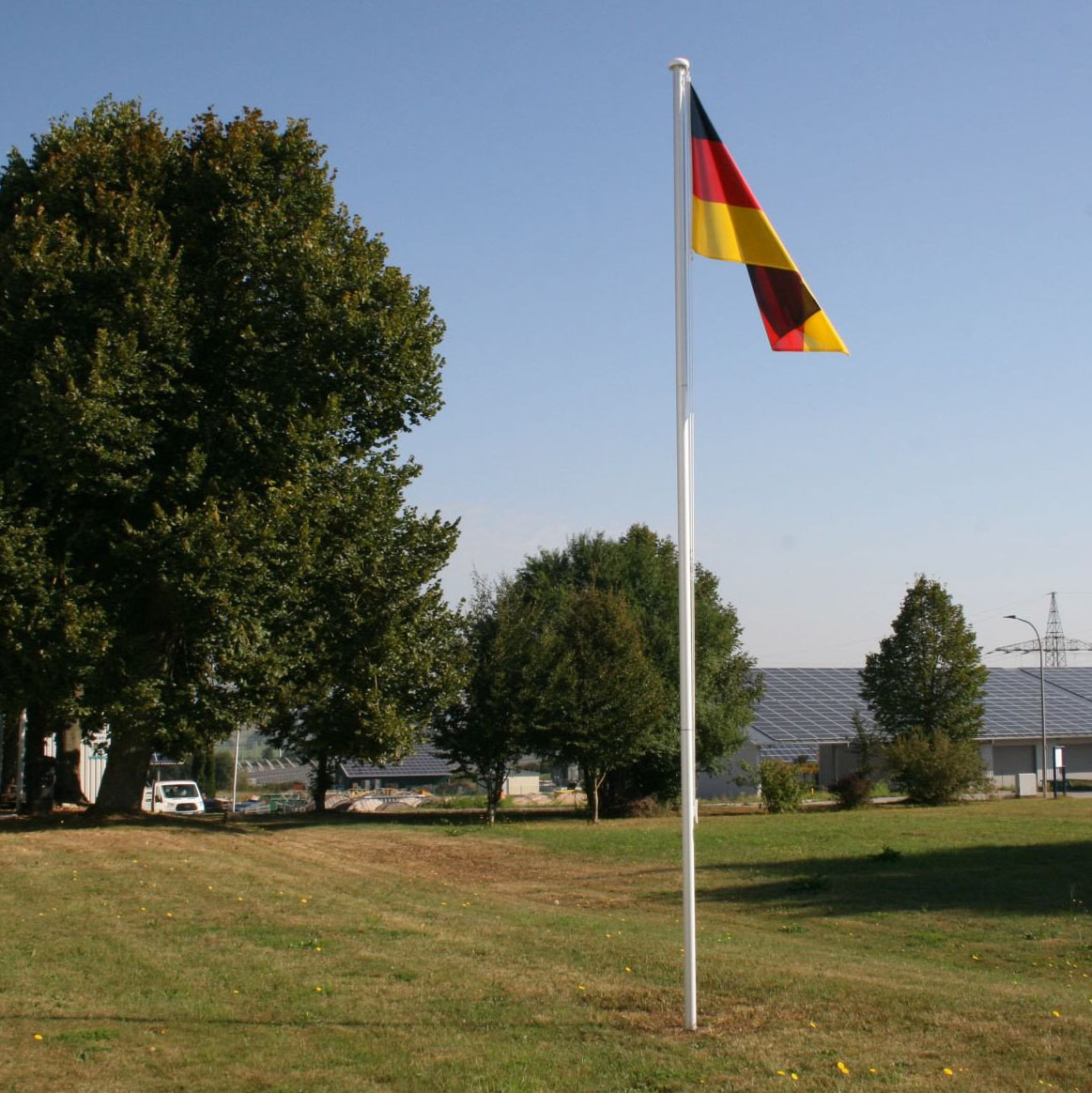 High quality printed flags decorate each company and represent a sympathetic messenger for your proper brand - but they only come into their own by a suitable flagpole. Originally, it was a simple wooden post onto which a flag was attached, but in the meantime aluminium has become the most important material for poles.
read more >
Fahnen Kössinger, July 12, 2017 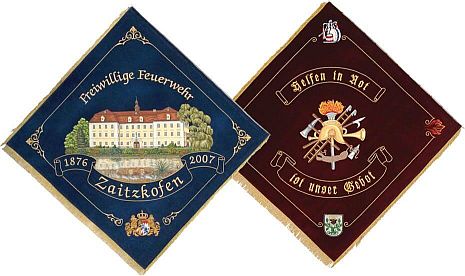 What does a club flag cost?

There is no doubt that a proper flag or standard represents a precious signpost for each club allowing a good-looking performance at each festivity. The decision for or against the purchasing of a new club flag is mainly depending on the costs involved. What does the club have to reckon with, which expenses will have to be expected?
read more >
Fahnen Kössinger, June 23, 2017 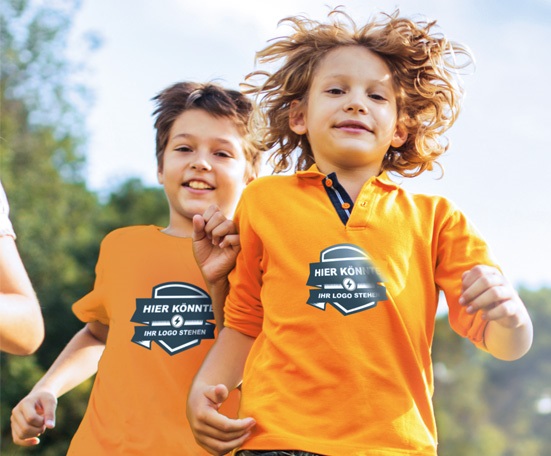 School uniforms - yes or no?

The discussion about whether to wear homogeneous clothing in kindergarten and school is nearly as old as the school system itself. In Great Britain, pupils have been wearing uniform school dresses already since the reign of Henry VIII, which means since the beginning of the 16th century. The Christ’s Hospital School in London was the first school in Europe that demanded from their pupils to appear to classes in uniform apparel.
read more >
Fahnen Kössinger, Apr. 11, 2017 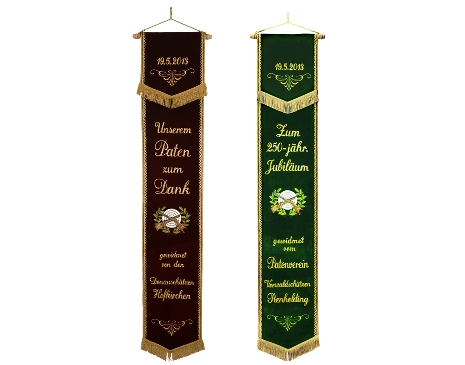 What are flag banners actually?

They belong to a flag as the flag bearer himself: the flag banners that are attached to the top of the flagpole. Donated by the flag mother or the partner club, devoted to the deceased or a greeting for the jubilee - many clubs collect a considerable number of banners in the course of time. But where does this tradition come from?
read more >
Fahnen Kössinger, Mar. 09, 2017 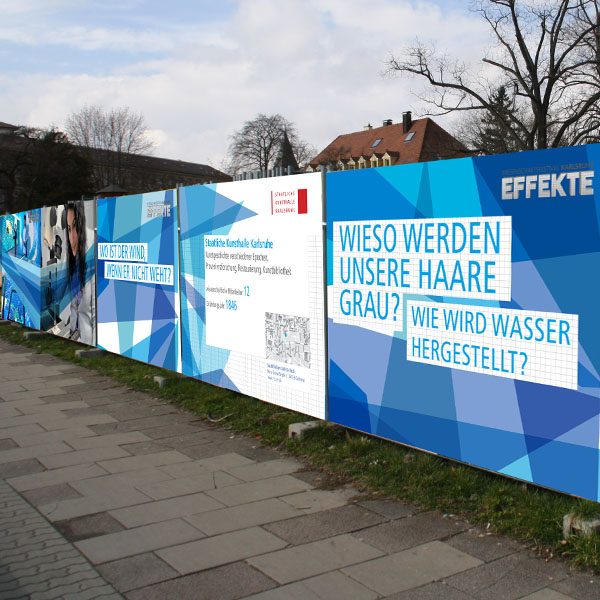 Advertising with the construction fence? - Displays for outdoor usage

In the open air, completely different conditions for the usage of advertising means prevail in comparison to indoors, merely because of the weather. But also the surroundings, the period of time for the promotion event, and often also legal regulations play an important role when chosing suitable displays.
read more >
Fahnen Kössinger, Feb. 24, 2017 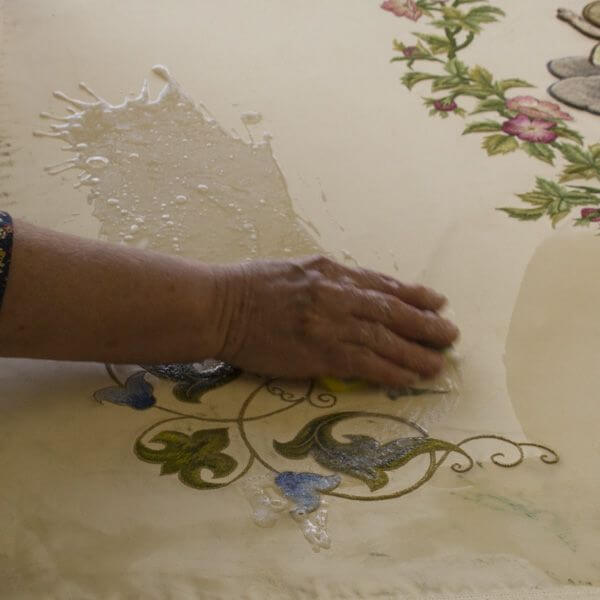 How do you clean a flag properly?

A precious, embroidered flag makes every club very proud. It would be best if it never got dirty - but even the utmost care and maintenance are not able to prevent that there are still stains on the beautiful fabric.
read more >
Fahnen Kössinger, Feb. 04, 2017 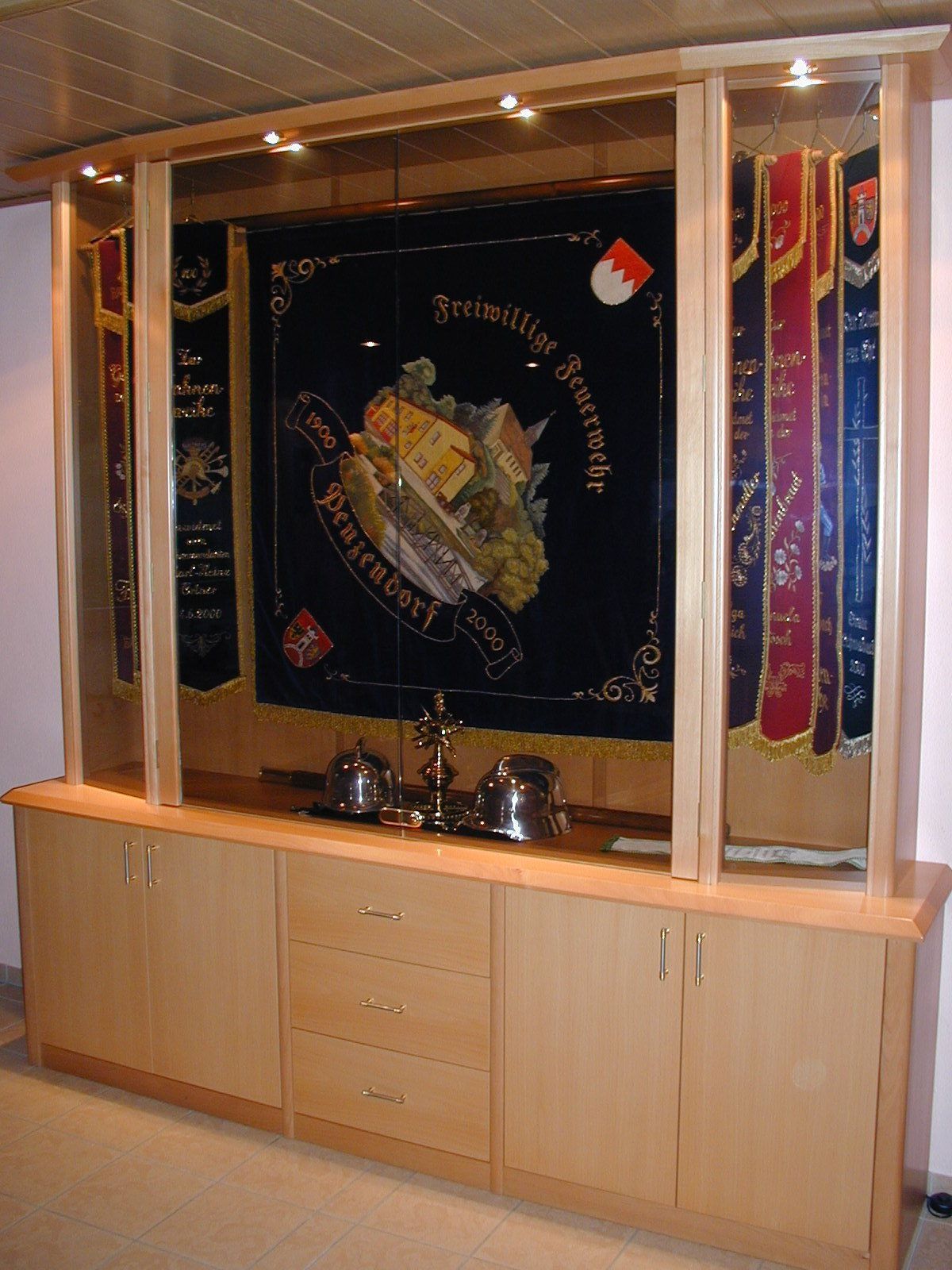 How do I properly maintain my flag?

With the correct storage and maintenance, our flags have a long durabilty, some flags have been in use for decades even without losing much of their beauty. But in order to keep the precious piece thus beautiful, some maintenance regulations have to be followed.
read more >
Fahnen Kössinger, Jun. 28, 2016 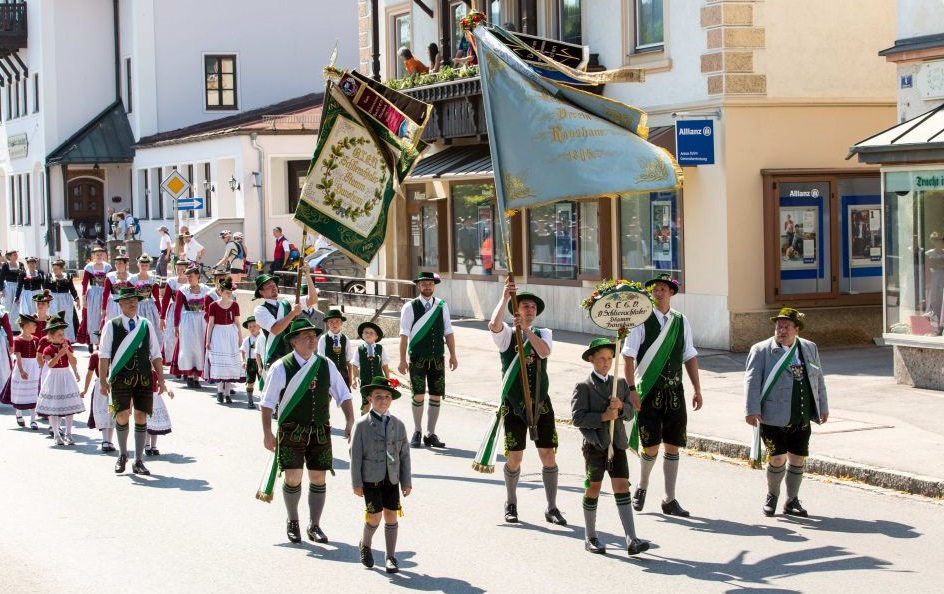 How do you carry a flag correctly?

The flag is a continuous source of pride for each club - it is the symbol for the community, consecrated mediator between the generations, and it often accompanies its members for decades.
read more >
Katalogansicht
Drop files here to upload